The Ministry of Civil Service approved various specialized diplomas in the field of computer science at King Khalid University. These diplomas diploma programs are a cooperative effort of the Computer Science Department and the Deanship of Community Service and Continuing Education at the University. The objective is for graduates to meet the employment needs of the labor market for highly qualified IT and electronic systems professionals.

Dean of Community Service and Continuous Education, Prof. Omar Alwan Aqeel, explained that the diploma programs include: Smart Internet Systems, Computer Maintenance, Smart Devices and Computer Networking. Aqeel also confirmed that the Deanship is working with all of the colleges in the university system to develop qualitative practical diplomas programs. Such diplomas will provide job opportunities for citizens through qualification, training and real-world experience. He added that four specialized professors from the College of Computer Science will be assigned to teach these courses. All of them have significant experience in the field of education and technical training.

Dean Aqeel expressed his gratitude to his Excellency the University Rector for His continued support to the development of the educational diversity in the university. He also thanked the Dean and employees of the College of Computer Science for their efforts in developing these diploma programs.

Congratulations to all of our colleagues who have achieved extensions or new appointments. His Excellency Rector Al-Solamy wished those granted extensions continued success in their endeavors. He also explained that we are looking forward to benefitting from the talents and efforts of the new appointees.

Within the activities and celebrations of World Arabic Language Day, the General Directorate of Information Technology (iT) participated in an initiative organized by Drupal Saudi Arabia to Arabize Umami, a digital scientific magazine. Graduates of King Khalid University's Department of Translation also participated in this initiative.

CIO, Dr. Mohammed Alsaqer, explained that this initiative is a chance to encourage Arab translators to Arabize the rest of Drupal's content. Lead project translator, Mr. Abdullah Omar, represented the General Directorate of Information Technology in the ceremony where the University was honored. This Ceremony was held on Monday, December 23, 2019, under the patronage of Ministry of Communications and Information Technology Vice Minister, H.E. Eng. Haytham Al-Ohali.

This main objective of this initiative, launched in conjunction with World Arabic Language Day and completed on December 25, 2019, is to significantly contribute to open source Arabization features within Drupal 8. Of noteworthy mention, many of the preeminent universities are powered by Drupal, which is one of the leaders in the open-source content management system (CMS) market. Some of those universities are Oxford, Harvard, MIT, Stanford, and Penn State. Additionally, a number of US Government agencies utilize Drupal 8, such as NASA, the US Congress, and the US Department of State.

iT Participates in the Umami Arabization Initiative 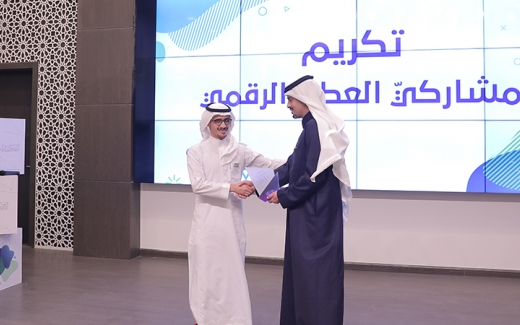 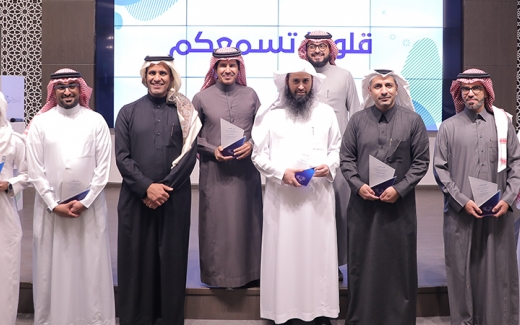 The Deanship of Graduate Studies at King Khalid University announced the dates of the first phase of graduate programs admission. Electronic applications will be available starting Sunday 3/5/1441 AH until 20/5/1441 AH for more than 50 graduate and doctoral programs.

Dean of Graduate Studies, Dr. Ahmad Yahya Faye, explained that the admission procedures will be completed in cooperation with the colleges and departments in accord with the existing university regulations and the current admissions process plan. Dr. Faye stressed that those wishing to apply must read the instructions carefully and file the appropriate documents in accordance with the time schedules (shown here). He also, noted that the second phase of admissions will be announced in Sha'ban.