King Khalid University Rector Prof. Falleh Al-Solamy will sponsor celebrations for the 89th National Day, which is organized by Deanship of Student Affairs. The event will include a seminar, a national blood drive campaign, and a number of activities and programs.

Of note, King Khalid University has organized the official Saudi Spokespersons Ambitions and Challenges Meeting. The meeting will include a number of sessions and the attendance of public figures who will discuss the latest developments and challenges in the media and press.

Under the auspices of the University Vice President for Female Students, the university welcomed the new female students during an orientation and outstanding student awards ceremony. Female Students Affairs Vice Rector, Prof. Kholod Abu Melha, sponsored the reception of new students admitted to the faculties of the university for the 1441 H academic year. The orientation day event was organized by the Vice Deanship of Female Student Affairs in the Science College Theater at the King Abdullah Road Campus and the Al-Mahala Academic Complex Theater.

Prof. Abu Melha started her speech by welcoming all the university students, giving a warm reception and congratulations to the new students. She stressed that King Khalid University is inspired by the guidance of the Custodian of the Two Holy Mosques King Salman bin Abdulaziz Al Saud and His Royal Highness Prince Mohammed bin Salman bin Abdulaziz, Crown Prince, Deputy Prime Minister and Minister of Defense, pointing out that the directives of King Khalid University Rector Prof. Falleh Al-Solamy always include providing the best services for students in a way that enables them to excel.

Vice Dean for Admissions and Registration, Dr. Hanan Al-Saidi, congratulated the new students for joining King Khalid University and explained the importance of accessing the Guide List of Study and Test Rules, which will enable them to understand their rights and duties. She also noted the value of obtaining information from reliable sources, reviewing some of the electronic services provided by the Deanship of Admissions and Registration. Dr. Fatima Sha'aban then gave a brief description of the Deanship of Student Affairs, its main objectives, centers, departments, and units.

In the same regard, Talent, Creativity and Entrepreneurship Center General Supervisor, Dr. Fatima Al-Zahrani, explained the most important objectives of the Center, which is to invest in creative talent, promote the culture of innovation, motivate faculty and students to innovate and create, increase the number of national, regional and international patents, and contribute to the preparation of the next generation of business people, entrepreneurs, and professionals.

The orientation day event continued with a presentation delivered by Vice Dean of E-Learning, Maryam Awaji, who explained the levels and types of e-courses at the university. She also referred to the rights and duties of students in e-courses and services provided by the Deanship of E-Learning. After, a session was delivered by Center for Guidance and Counseling Social Specialist, Deanship of Student Affairs, Ms. Asmaa Al-Shehri. She reviewed the most important services of the center, which revolve around social and academic consultations and how to register in the student employment program and receive financial subsidies for students in need.

King Khalid University Rector Prof. Falleh Al-Solamy reiterated that the university's exceptional performance is attributable in no small part to the devotion and diligence of our valued faculty members. He further explained that our faculty members serve as excellent role models for the student body in their academic and personal lives. King Khalid University is continually improving its objective results along with an increasingly positive reputation throughout the Kingdom and the international community.

Rector Al-Solamy thanked the Deanship of Student Affairs for organizing the meeting, pledging his full and unwavering support to the students.

During the orientation meeting, the audience watched a presentation that introduced the university's vision, mission, and goals. Also displayed were the services and departments available to the students. The meeting featured a short play by the students, which highlighted the importance of academic guidance and the role it plays in student development. At the conclusion of the meeting, His Excellency Rector Al-Solamy honored last year's outstanding students and held an open session to discuss student needs and answer questions. 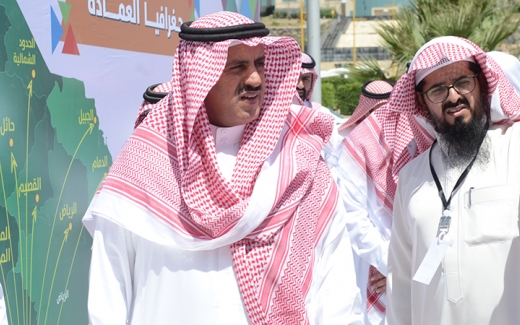 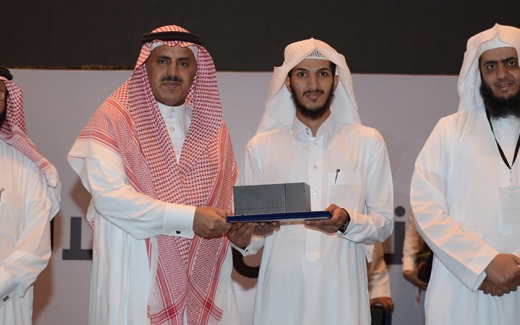 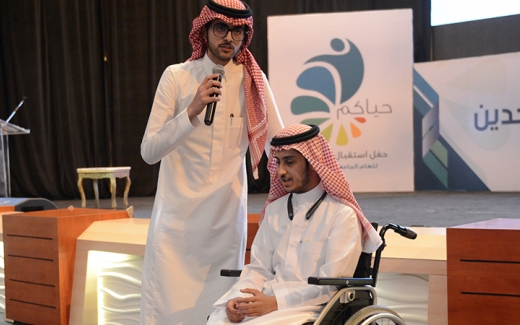 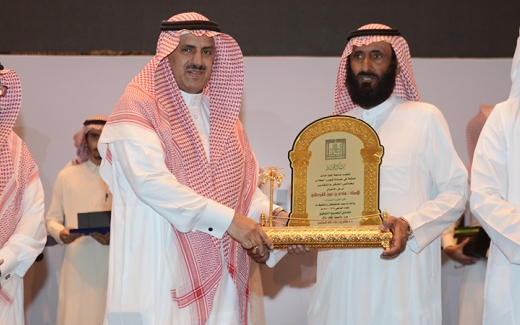 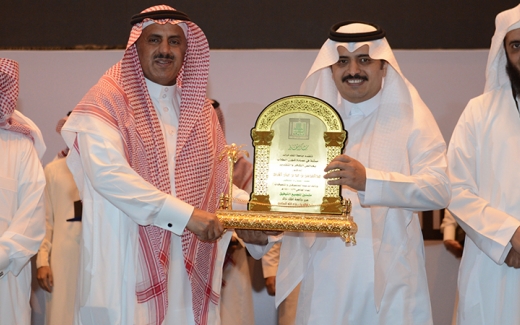 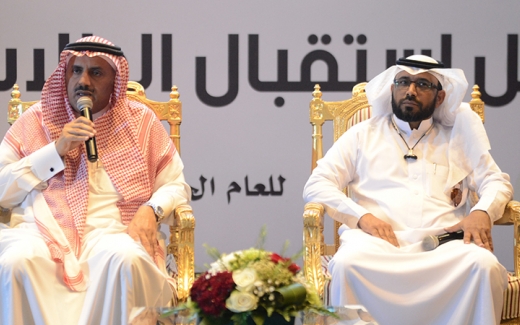 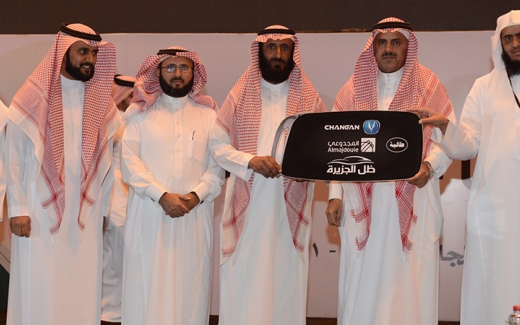 King Khalid University is dedicated to developing athletic programs and friendly competition that builds camaraderie among those in the university community.

The Deanship of Student Affairs at King Khalid University organized a trip to Makkah Al-Mukarramah and Taif under the supervision of all student club directors.

After a group performance of Umrah, Dean Al-Atheed noted that the team visited the University of Taif, the Grand Mufti of the Kingdom of Saudi Arabia, the Chairman of the Council of Senior Scholars, the Clock Tower Museum, and Wadi Makkah Company.

The Deanship of Student Affairs, in collaboration with the College of Business, the College of Engineering, and the College of Medicine launched the Scientific Tutoring Class Program during the second semester of the 1439-40 AH academic year.

Dean of Student Affairs, Dr. Abdullah Al-Atheed, explained that the program is an academic enrichment initiative designed to boost academic achievement. Dean Al-Atheed highlighted that operations during the second semester were characterized be efficiency due in large part to the small-scale pilot project delivered during the first semester.

Vice Dean of Student Affairs for Cultural and Social Activities, Dr. Yahya Kanai, explained that these specialized courses were offered by distinguished students under the supervision of the Deanship of Student Affairs and the participating colleges. Of noteworthy mention, a total of 167 students benefited from the program.