King Khalid University, represented by the Department of Mathematics at the College of Science, launched the summer math school. The school includes the participation of leading international specialists and will continue to the 20th of Shawwāl 1440 AH at the main campus.

College of Science Dean, Dr. Ali Al-Shati, explained that the College of Science, represented by the Department of Mathematics, is keen to contribute to the broader community by holding international scientific activities during the summer season. Dean Al-Shati emphasized that the camp aims to increase academic knowledge in various disciplines of mathematics and will host distinguished professors and specialists from the field. Dean Al-Shati commended His Excellency Rector Al-Solamy's effort and support of all summer activities and programs.

Dr. Ali Al-Khalidi, Professor of Mathematics, Head of the Summer Camp Scientific Committee, said: "The idea of an internationally oriented mathematics summer school is the first of its kind in the Kingdom in the field of mathematics. The school is operated in cooperation with several international universities, most notably the Sorbonne University of Paris. Both domestic and international students are registered for the summer math school. The program curriculum includes number theory, differential geometry, dynamic systems, and a host of other mathematics subjects. 7 international mathematics experts will work alongside leading Saudi researchers and mathematicians."

Prof. Al-Khalidi highlighted that the program is tailored to faculty members and graduate students, explaining that the school is a suitable environment for discussing and presenting research ideas, which contributes to the development of scientific research in the various fields of mathematics. Of noteworthy mention, the school aims to establish research partnerships with distinguished researchers from around the world.

The league, which was held during the first ten days of Ramadan, included the University Rector Futsal Ball Cup and the University Vice Rector of Academic Affairs Table Tennis Cup. The league witnessed the participation of 150 players from different departments and colleges.

The Deanship of Faculty Members and Employees was handed the Futsal Ball Cup, while the Joint Programs team came in second, and in third place was the iT administration team.

For the Table Tennis Tournament, Dr. Mayromi Abdulrahman from the Community College in Khamis Mushait came in first place, followed by Dr. Ahmed Badawi from the Computer Science College in second place, and Khalid Al-Qasmi from the Faculty of Languages and Translation in third place. At the end of the ceremony, Vice Rector Du'ajim honored the league's referees and honoree guests.

King Khalid University is committed to providing seasonal recreational activities that help relieve stress from rigorous academic programs and fostering friendly competition that builds camaraderie among those in the university community. 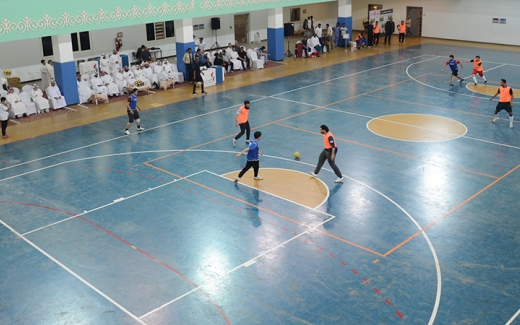 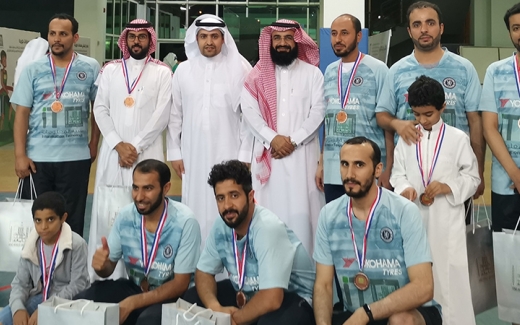 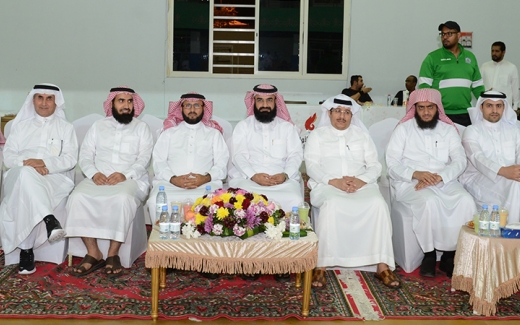 The King Khalid University Scouts Team, Jawalaa, participated in the service of pilgrim camps in Mecca during Ramadan 1440 AH. The university scouts consisted of two groups and 27 members.

On the occasion, Dean of Students Affairs, Dr. Abdullah Al-Aideed, explained that the participation of the university's scouts team is in coordination with the Saudi Scout Association, which aims to help organize and manage crowds during the Ramadan. The team's participation lasted for 17 days and was preceded by the Deanship's training and preparation through a number of programs and courses.

King Khalid University is always keen to take part in the annual service of the pilgrim camps as part of the objectives community service and noble public contributions. The university will continue to strive to meet its community roles as one of the leading educational institutions in the Kingdom of Saudi Arabia.

Of noteworthy mention, the decisions also included the extensions and appointments of new department heads:

Congratulations to all of our colleagues who have achieved extensions or new appointments. His Excellency Rector Al-Solamy wished those granted extensions continued success in their endeavors. He also explained that we are looking forward to benefitting from the talents and efforts of the new appointees.

The Asir Human Rights Commission and King Khalid University, represented by the Department of Law from the College of Business, will hold the Human Rights and Criminal Justice Forum at the main campus in the near future.

Head of the Department of Law at King Khalid University, Dr. Ahmed Banema, explained that the seminar aims to educate the community on human rights and the most prominent principles of criminal justice. Furthermore, as reported by the Department of Law, a Memorandum of Understanding will be signed between the Human Rights Commission and the Ministry of Education.

Two sessions and six speakers from the Asir Human Rights Commission, King Khalid University, the Public Prosecutor's Office, the Asir District Police, and the General Directorate of Prisons in Asir will lead the main events of the forum. Topics of discussion will include but are not limited to: