The Administration of Artistic Affairs at the Tehama Campus recently kicked off an "Attractive Academic Environment" initiative. The purpose of this initiative is to improve the aesthetics of the facilities and infrastructure on the campus. In addition to making the campus more attractive, the effort includes improvements that highlight culture within the Asir region.

While still in its early stage of development, students and visitors have expressed their approval for the upgrades to the university. Many respondents commented that improved public spaces make the learning environment more appealing and gives them a renewed sense of pride in the university and the region.

Tehama Campus Supervisor, Dr. Ahmed Atef Al-Shehri, expressed his satisfaction with the initiative's results. He thanked General Assistant of the Administration of Public Affairs, Abdulrahman Muree, and Muteb Al-Shehri from the Department of Services and Maintenance for their extraordinary efforts. He also thanked the University Rector for his continuing support.

The administration's initiative will continue throughout the remainder of the year.

The College of Medicine, represented by the Medicine and Creativity Club and the Female Student Medical Club, recently organized the Voluntary Cancer Awareness Campaign. This campaign was held at Al-Rashid Mall in Abha in collaboration with joint collaboration teams from King Khalid University and Saudi German Hospital.

The campaign highlighted the causes, complications, and methods of prevention. Of noteworthy mention, the number of beneficiaries reached 800.

On Saturday, the General Directorate of Information Technology (iT) completed the three-day electronic game development program known as the 'Global Game Jam' (GGJ) at the main campus. The purpose of the GGJ is to encourage interest in electronics and is one of the largest events of its kind in the world. The event includes a game development competition. There were 32 participants divided into 8 groups, with two judges specializing in electronic games development.

The GGJ has benefits beyond the gaming sector. The event encourages people to engage in technologies in many other sectors of the economy and fosters creativity in problem-solving through programming, iterative design, and artistic expression.

At the end of the event, the General Supervisor of the General Department of Information Technology honored the participants, the judges and organizers. He expressed his gratitude to His Excellency Rector Al-Solamy for his continuing support. He also thanked the Vice Rector of Academic Affairs and everyone who contributed to this event.

The Undersecretary of the General Administration of Information Technology, Dr. Ibtisam Al-Qahtani, explained that this important global event is one of the examples of administration's efforts to attract those interested in the technology field. 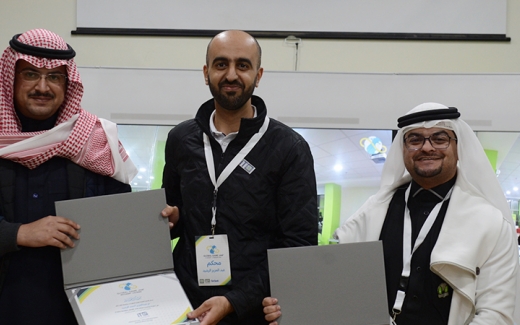 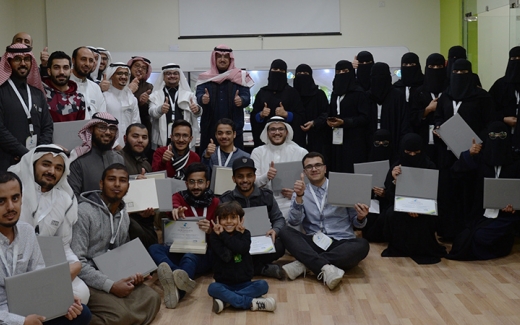 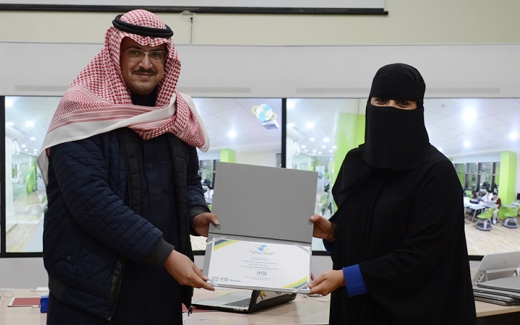 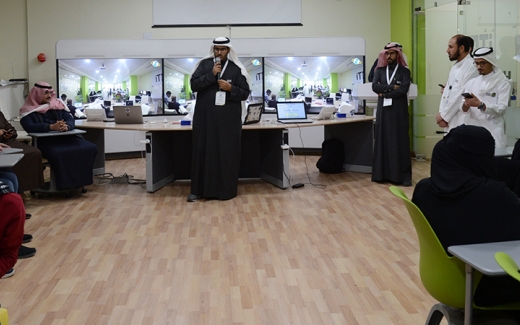 On Thursday evening, the General Directorate of Information Technology (iT) participated in an international electronic games development initiative called 'Global Game Jam'. The purpose of the program is to raise awareness for the opportunities and direct benefits of gaming technology development. The event took place on the main campus and lasted three days. The event centered around a game development contest.

Alsaqer : ".. opportunities for business development in games are growing quickly."

CIO, Dr. Mohammed Alsaqer, said that gaming is already a major global industry and that the opportunities for business development in games are growing quickly. Further, he noted that gaming spurs creativity and helps increase interest in other technologically based sectors of the economy. Vice CIO, Dr. Ibtisam Al-Qahtani, said that game development is a valuable tool for technical innovation and an outlet for creative expression.

Digital Transformation and Quality Initiatives Supervisor, Ahmad Al-Behashi, reported that the event included participants from 123 countries and that the judges included experts from the Asir region. 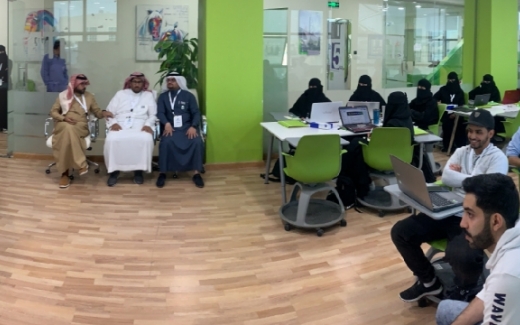 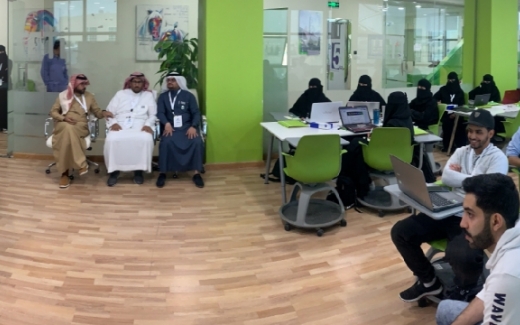 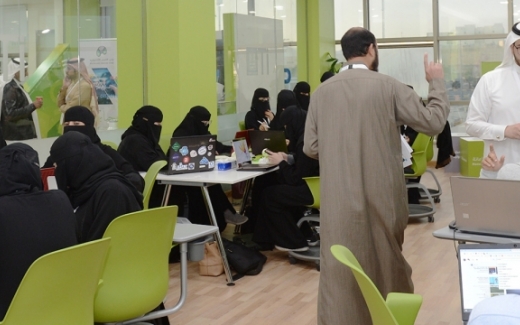 Assistant Dean of the Community College, Dr. Nida Al-Qaisi, welcomed the attendees and participants. She stressed the importance of periodic reviews of academic advisory programs to ensure favorable educational outcomes for the students. She also thanked His Excellency Rector Al-Solamy for his continuing support of such academic advisory programs. Dr. Al-Qaisi also thanked Tehama Campus Supervisor, Dr. Ahmed Atef Al-Shehri, Dean, Dr. Ahmed Al-Amer, for their contributions to the event.

There were a number of topics discussed at the meeting, such as admissions requirements and registration procedures/regulations. The presenters also reviewed some commonly occurring problems students have and the ways of avoiding or rectifying such issues. Some of the case studies came directly from students who had these difficult experiences. Other students also explained the challenges they had with respect to preparing for a career. These discussions focused on the ways in which proper educational counseling can help the students avoid pitfalls and address issues that arise for those just beginning their careers.

The participants discussed various advisory implementation strategies such as the automatic assignment of advisors through the registrars and department heads, and advisor retention throughout each assignee's educational career at the university. The premise of a strong advisory program is to help weak and/or confused students and push high performing students to even greater attainment levels.