Dean of the Faculty Members and Employee Affairs Deanship, Dr. Mohammad bin Hamid Al-Bohari, explained that with the support of His Excellency Rector Al-Solamy the deanship launched the program, which is considered the most extensive development training program in the history of King Khalid University. It will include a diverse array of national and international development programs and courses, which are inline with the university vision, mission, and the specific knowledge or skills to improve needed to improve performance in the academic environment.

Dr. Ahmed Al-Obid, administrative development unit manager, explained that this program is central to the strategic goals of the university, which aims to ensure productivity, nurture creativity and capitalize on top talent so that employees have the tools necessary to achieve their full potential. Al-Obid added that the university is determined to offer and provide continuous development for all members while following the progress and outcomes to determine accurate results.

His Excellency also congratulated King Khalid university employees, members, and students while expressing his gratitude towards the blessings of Allah asking for prosperity, security, and safety for our nation. At the end of the ceremony, His Excellency stressed the necessity of starting the university summer courses according to the agenda scheduled while encouraging the college deans and faculty members to help students overcome any obstacles they may face during the summer course by offering all services available.

The University also extends its congratulations to the Arab and the Islamic nations, asking God -- the Almighty -- to perpetuate over us the blessings of safety and security and to enable us to see more occasions of Eid Al-Fitr for many more years.

May Your Eid Be Blessed 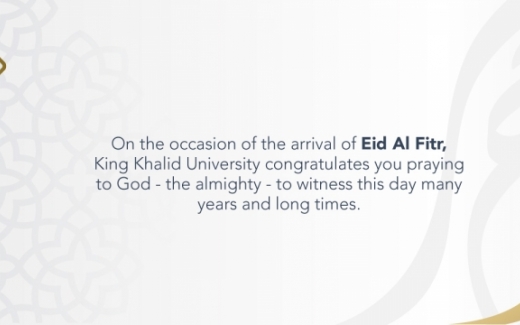 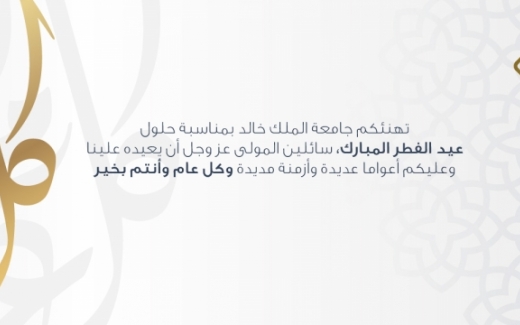 His Excellency pointed out that the choice of His Royal Highness Prince Mohammad bin Salman as the Crown Prince is a sign that indicates our nation is heading towards investing in its youth in every aspect. His Excellency described HRH Crown Prince Mohammad bin Salman as an energetic, ambitious character that has influenced the way the Kingdom of Saudi Arabia is viewed regionally and globally, noting that any person that would watch an interview of His Royal Highness will understand the direction our country is heading. That direction is continually bolstered by His Royal Majesty's the Custodian of the Two Holy Mosques method of fighting corruption and setting focused strategic plans to achieve the Kingdom's most significant challenge in bringing in diverse sources of income for a future that our country deserves.

Faith in the Crown Prince and Saudi Youth 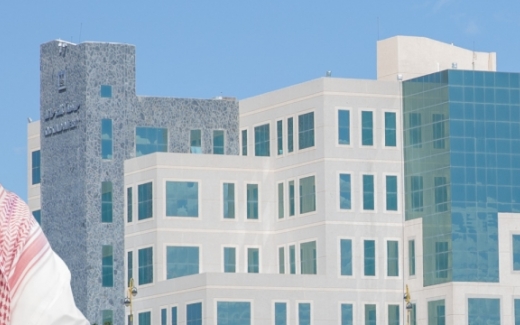 King Khalid University continues to rise in the International University QS Ranking, landing on the 448th rank, which is 29 ranks higher than its previous position.

His Excellency the University Rector, Prof. Falleh R. M. Al-Solamy, confirmed that the progress is a result of the accredited programs, scientific research and future studies applied by the University, which supports the national efforts in achieving Vision 2030, through encouraging creativity and excellence in the field of scientific research. He expressed his appreciation for the efforts of the University employees in achieving this success, especially the Academic Development and Quality Deanship and its units, which have made quality development and excellent performance their priority. He also promised his support and guidance in all plans, hoping for higher ranking and global excellence.

On this occasion, His Excellency took the opportunity to thank the Custodian of the Two Holy Mosques, His Royal Majesty King Salman bin Abdulaziz and the Crown Prince, His Royal Highness Mohammad bin Salman bin Abdulaziz, for their support and encouragement in the development of education and for the their vision, which aims to set Saudi universities in the top leading universities globally. He also thanked the Governor of Asir Region, His Royal Highness Prince Faisal bin Khalid bin Abdulaziz, and his Deputy Governor for their generosity and support for King Khalid University. At the end of his speech, he thanked His Excellency the Minister of Education for supporting the University programs and development.

On his part, Vice Rector of Academic Development and Quality, Dr. Merzin Al-Shahrani, congratulated Rector Al-Solamy and employees on this outstanding achievement. He also thanked Rector Al-Solamy for his direct support and interest in educational development and international rankings, which has paid off in the University’s recent ranking. He explained that in 2014 the University was ranked 650 in QS rankings and has made a considerable leap to 448 in 2018. "The efforts will continue in this direction, according to the strategic plan to become one of the top 200 global leading universities by the year 2030," added Al-Shahrani.

King Khalid University, represented by the Deanship of Community Service, announces the start of registration for free courses catered to females. The courses will be held during the summer vacation at the Abha Laasan Campus.

Dr. Omar Bin Alwan Aqeel, Dean of Community Service Deanship, explained that the University seeks to serve its community by offering development courses and workshops to enhance the skills and talents of local residents, which is one of its primary strategic pillars and a national duty. The deanship will be offering courses and workshops that will encompass topics including incorrect behavior towards children, child sexual abuse, and stress management in the workplace. The workshops will not exceed a period of one day and do not require any fees.