King Khalid University Rector, His Excellency Prof. Falleh Al-Solamy, stressed the importance of 'Religious Efforts Exerted at the Prophet’s Mosque During the Saudi Era Symposium'. He noted that the symposium plays an important role in furthering understanding of the Prophet, peace be upon him, and the scientific development of mosques throughout the Islamic world. His Excellency Rector Al-Solamy stressed that the two-day symposium, under the patronage the Custodian of the Two Holy Mosques King Salman bin Abdulaziz Al Saud, is a reflection of His Royal Majesty's commitment to scholarship and scientific development as it pertains to Islamic history, culture, and development.

The Rector noted that the symposium is a blessing for its attendees and beneficiaries, and confers great value and insight into the role of the mosques. He added that the Kingdom has, since its inception, guarded and nurtured the Two Holy Mosques and considers the effort a sacred duty. The Rector concluded by asking Allah to protect and guide our country and to bless it as a leading Islamic nation-state and a global symbol of Islamic values.

Vice Rector of Academic and Educational Affairs, Dr. Saad Du'ajim, recently presided over the closing ceremony for the Arabic Language Training Program. The event, which took place from the 7th to the 11th of Ramadan, was run by the Arabic Language Unit in collaboration with the Arabic Institute at the university main campus.

General Supervisor of the Arabic Language Teaching Unit, Dr. Mohammed Abdullah Al-Mazah, said that the program was taught by a group of distinguished experts in the field of Arabic language including Dr. Khalid Al-Shathri, and the Undersecretary of the Faculty of Arts and Humanities at Jazan University, Dr. Ali Mashaouf. Al-Mazah explained that the program included examinations and activities, and served 29 trainees. He thanked Vice Rector Du'ajim for his support. Dr. Saleh Al-Shathri thanked the guest presenters and the Arab Institute for their efforts. Vice Rector Du'ajim noted that the program is an important part of the university's faculty development. He presented the attendees with certificates and commemorative plaques.

King Khalid University Rector, His Excellency Prof. Falleh Al-Solamy, commended the e-Learning Deanship for this accomplishment. The Rector thanked the faculty members for all of their hard work and exemplary results. "This award has significantly contributed to the university's reputation and international standing as a high performance, cutting edge institute for higher education. The e-learning deanship consistently provides outstanding services to our students, the university and the community," he said.

On his part, Vice Rector of Academic and Educational Affairs, Dr. Saad Du'ajim, congratulated the e-Learning deanship for its accomplishment, pointing out that the university is proud of the level of excellence the deanship has produced.

Dean of e-Learning, Dr. Fahad Al-Ahmari, explained that since the establishment of the Open Course Initiative, the department has continuously developed and published high value, open source content. This makes world-class educational material available to people everywhere. Dean Al-Ahmari thanked His Excellency Rector Al-Solamy for his continued support and encouragement and described the achievement as a team effort.

The e-Learning Deanship has recently received major awards including the Digital Transformation Award and the Digital Education Award for the KKUx e-platform. Of noteworthy mention, Training Manager at the Deanship of e-Learning, Mr. Mohammad Jarallah, received the Digital Literacy Award for his outstanding digital knowledge training efforts to faculty members and students. 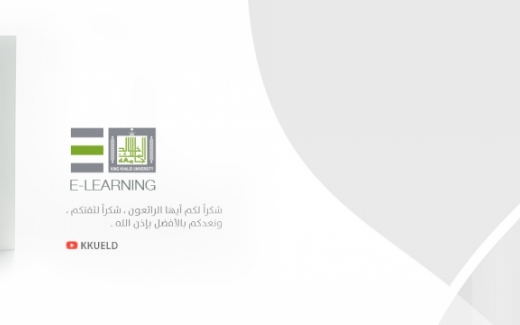 The university will be conducting a mathematics summer school from the 12th to the 20th of the month of Shawwāl at the main campus. The mathematics department of the College of Science will be hosting the program. The purpose of the program is to educate the students on some of the latest math theories and practices.

Dean of the College of Science, Dr. Ali Al-Shati, explained that the summer math program is open to the public. He also noted that 7 international mathematics experts will be participating in the activities. Dean Al-Shati thanked His Excellency Rector Al-Solamy for his support and encouragement of this program.

Department of Mathematics and the Director of the Scientific Committee, Dr. Ali Al-Khalidi, stressed that the summer math program is the first of its kind in the Kingdom. He also said that several international universities, most notably Sorbonne Univ. of Paris, will attend. Both domestic and international students are registered for the summer math school. The program curriculum includes number theory, differential geometry, dynamic systems, and a host of other mathematics subjects.

The Deanship Community Service and Continuing Education conducted a variety of training courses and diploma programs in the 1439-40 academic year.

The university's Bader Volunteer Team completed five community service initiatives in which more than 100 students participated. These included programs such as 'The Effects of Drug Use', a Ramadan food basket distribution, and initiative education courses. The deanship also collaborated with various public social service agencies in the Asir region.

Dean of Community Service and Continuing Education, Dr. Omar Alwan Ageel, explained that the deanship's programs goal is to match the needs of the community and the job market with qualified graduates ready to fulfill those needs. Providing employment and volunteer outreach initiatives are important aspects of both regional and national development.

King Khalid University hosted the 16th annual meeting of GCC higher education admissions professionals. The event attracted representatives from universities throughout the Kingdom. The purpose of the event was to exchange ideas and information about improving the admissions process in colleges and universities.

In the third session, Dr. Al-Adham Khalifa Al-Lawish from Hail University presented a paper titled 'Communications and High School Students'. The session also included a discussion led by Dr. Fahad Al-Ahmad from Qasim University where he discussed the supervision and implementation aspects of admissions departments in higher education. The event concluded with a discussion about artificial intelligence in higher education.

King Khalid University is committed to helping students attain their academic, professional and personal goals. The university does everything possible to make sure that students can fully utilize their talents and abilities.

Please note that admissions into degree programs are competitive. Acceptance is predicated upon applicant performance compared with average GPA and written exam scores of all applicants. King Khalid University is committed to attracting the best and brightest students into its degree programs.

The Arabic Language Teaching unit will be conducting intensive Arabic language courses on 7-11/9/1440 AH. The course is designed to introduce the language to non-Arabic speakers. General Supervisor of the Unit, Dr. Mohammad Abdullah Al-Mazah, explained that expert teachers will help the participants learn the basics of Arabic.

King Khalid University is committed to developing its employees and stakeholders both professionally and personally. Additional language skills benefit the individual and the university. The unit encourages all non-Arabic speakers to participate.

The Creativity, Talent and Entrepreneurship Center at King Khalid University announced the winners of the student entrepreneurship competition in each category as follows:

University Creativity, Talent and Entrepreneurship Director, Dr. Mohammed Al-Maghribi, said that the competition was designed to develop and exhibit the innate talents and creativity of the students. He further noted that the goal of the Center is to inspire business innovation and spread cultural awareness. The Center is committed to providing the human capital necessary for the national development plan, and economic expansion within the region and throughout the Kingdom. Creative entrepreneurs will also make the nation more competitive internationally across many fields and disciplines.

Al-Maghribi noted that 90 students competed in the event. Panels of learned faculty members evaluated and judged each of the projects in the various categories. This annual event is an important tool for pushing the boundaries of student achievement in their chosen disciplines.